State of the industry

Focused on the remuneration dimension, digital flows and introduction to AI

Audio streaming with or without subscription is saving the music industry.

Most artists are present on all platforms and hope that the combined income will support them. However even with this considered only the biggest names in music can hope to make a living through streaming.

For most artists, whether independent or not, this study confirms that live music through concerts and festivals is the only viable option in 2017.

The sale of CDs is in decline, vinyl sales are anecdotal. From the consumer’s point of view, the audio streaming + live music equation now seems to be ideal!

By offering a more direct stream of remuneration to the musician and rewarding the work of all those active in the independent musical ecosystem OpenJam proposes a more effective approach to the remuneration of artists.

In 2019, OpenJam will offer amateur and/or independent musicians a new and a better source of income.

And to achieve this result, OpenJam will develop tools based on the latest technologies for the creation and management of flows generated by the creative effort (blockchain, cloud, DB, AI).

According to research conducted by CISAC and UNESCO the music industry has an annual turnover of $250 billion USD.

96% of the world’s Internet users listen to licensed music, whether through audio or video streaming, physical or digital purchase or radio (on-line broadcasting). 98% of 16-24 year olds listen to music in this way.

45% of the world’s Internet users consume music via a paid audio streaming service, up 8% this year from 2016.

Although these data are more than a year old, they are still relevant regarding trends. We keep an eye on any changes you should be aware of.

A sustainable market over the long term

Of the 37% who use a paid service 33% have subscriptions on their own and 36% are part of a family subscription.

53% of 13-15 year olds also purchased physical and digital music, with a preference for paid downloading.

15-25 year olds represent 11% of the French population, for 73% of them music is the first cultural activity they pursue. The Internet is becoming increasingly important but radio and television remain the major channels of discovery.

For many emerging countries the digital market and thus the assisted musical creation market can be a real vector of future development. For example the Nigerian distributor of African digital music, iRocking, has 75,000 listeners and 35,000 indigenous titles. It is aiming to have 10 million listeners by 2018.

We can also think of India, Mexico or Brazil which are dynamic countries with a large number of inhabitants. In these countries there are large bases of young people and a sense of expectation that everything is yet to come.

​This should be great news for music creators, investors and consumers. But there is good reason why the celebrations are muted; it is simply that the revenues, vital in funding future investment, are not being fairly returned to rights holders. The message is clear and it comes from a united music community; the value gap is the biggest constraint to revenue growth for artists, record labels and all music rights holders. Change is needed and it is to policy makers that the music sector looks to effect change.​

Both historically and today independent labels have functioned as a channel for «alternative» content to the rest of the industry. In part this is because they target specific genres of music, niche markets and/or distinctive individual artists. Independent labels cultivate cultural difference. Conversely major labels and media organisations seek economies of scale by reducing cultural difference and promoting « global » superstars to a global market.

Diversification of music offering - state of the art

Today everyone listens to music whether actively or passively. Indeed music is everywhere, in the pocket, in the restaurant, in the supermarket, at the hairdresser... But the rapprochement to the average taste denounced by so many more or less alternative artists is it real ? Sahil Chinoy and Jessia Ma ask themselves the following question, "Why songs of the summer sound the same ? "

To answer this question they will study the summer hits and compare them on the basis of several criteria: LOUDNESS (average volume of the song) - VALENCE (how cheerful the song sounds) - ACOUSTICNESS (likelihood that the song use acoustic instruments) - ENERGY (how fast and noisy the song sounds) - DANCEABILITY (Strength and regularity of the beat). It creates a sonic fingerprint for each track.

In fact the hits of summer 1988 were some of the most diverse summer hits in the history of pop music. In contrast 10 of the most popular songs from the summer of 2010 have roughly the same fingerprint. Since 1992, fewer songs have cracked the top 10, leaving less room for musical diversity. That could be because the previous year, Billboard changed how it tracks record sales. Now, a small number of songwriters write many of the hits. Per example, Max Martin, who is credited on an astonishing 22 N°1 Singles. It’s not quite 1988, but the 10 most popular songs so far this summer aren’t the formulaic tracks that had their heyday earlier in this decade — a sign that we may be entering another period of musical diversity.

The artificial intelligence issue in brief

2050, that’s the year by which Artificial Intelligence will be able to perform any intellectual task as human can, according to one survey of experts at a recent AI conference.

Some figures in a few words: in 2016 a study concluded that 40% of financial market transactions are generated without human intervention; for Motley Fool, 80% of management team believe that artificial intelligence can be a very good promoter for a company's growth; 2% of iPhone users have never used Siri and only 4% have never met Google Now, according to Gartner; 40% of interactions between users and virtual assistants will take place via information hosted on the cloud; 85% of customer interactions will no longer require human labor... Today IA can :

In brief, tomorrow artificial intelligence will be an integrated part of our lives, of our economy.

At what scale do we want to incorporate this technology into the OpenJAm project and log-ion? While respecting the freedom of our users, in the following spheres of development:

Of course, our shared developments with the Neurochain project will also involve IA resources. 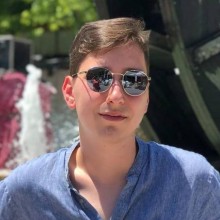 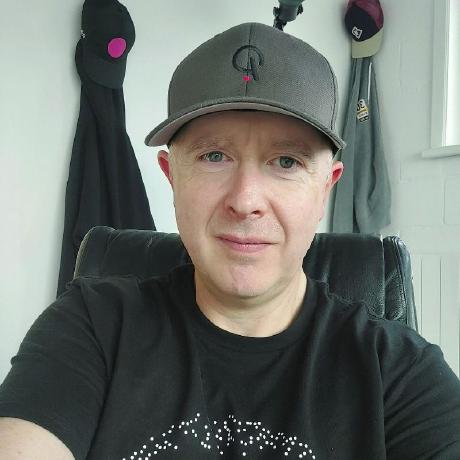